The Team at ADC Microfinance

ADC is run by an Operations Team of passionate volunteers, with governance and strategic oversight from the Board. 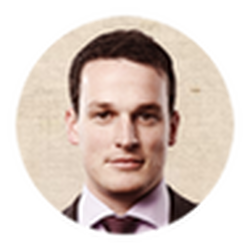 Andrew Colgan
Co-founder
Andrew’s passion for ADC stems from a belief that access to affordable credit can transform lives and empower communities. He co-founded ADC in 2007 and has visited the project partners on a number of occasions. He is a Senior Associate at litigation firm McElroys and holds a Master of Laws with First Class Honours and conjoint degrees in law and economics from the University of Auckland. Andrew is also a member of the ADC Board.

Geoff Cooper
Co-founder
Geoff’s passion for enabling grassroots innovation and entrepreneurship through microfinance was a driving force in founding ADC. He has led several trips to ADC’s partner organisations in Myanmar and Malawi, and has had a strong influence on the development of microfinance policy. Geoff is currently based in the United States, where he is a Financial Economist at the Federal Reserve Bank of New York, having previously been the Chief Economist at Auckland Council..
Board Members

Nick Hammond
Chairperson
Nick is a founder and the COO of Spring Sheep Milk Co, a start-up business successfully building a high value sheep milking industry in New Zealand. Creating opportunities for entrepreneurs is one of the reasons Nick is so passionate about ADC.

Sarah Colgan
Board Member
Sarah is a Health Psychologist with the Counties Manukau DHB, having previously worked as an employment lawyer for a number of years. She has been involved in ADC since its beginning, and is a former chair of the Board. She believes strongly in microfinance as a tool for empowerment of women and their families.

Jeremy Kenealy
Board Member
JK works for Palantir Technologies, an international data software company. He spent more than 5 years as ADC’s Project Director, a role that took him multiple times to Myanmar and Malawi. He is constantly inspired by the empowering impact microfinance has on entrepreneurs in these communities.

Fiona Millar
Board Member
Fiona works for the NZ Transport Agency as the Community Engagement Lead for their Innovation Team but her background is in international development and non-profit operations. She is passionate about connecting people, and solving social problems using human-centred design and empathy-based practices.​

Fiona Natusch
Board Member
Fiona is the GM of Ember Innovations, a hub designing new mental health and addiction services. She lived in Myanmar for 4 years, working with Proximity Designs and their platform of ag-tech, finance and advisory services for smallholder farmers. She is passionate about delivering services that complement the entrepreneurial spirit of Myanmar families, and that enable them to retain their dignity and pursue their dreams.

﻿Shamubeel Eaqub
​Advisor to the Board
Shamubeel is one of New Zealand’s leading economic commentators and also a published author, columnist and sought-after speaker. He was previously a member of the ADC Board from 2014-2017. Shamubeel believes in ADC as vehicle for enabling grassroots economic development that works.
Operations Team

Pip Findlay
Partnerships Manager
Pip joined ADC in early 2018 after being a long-time supporter of the organisation. She loves what ADC stands for and what the entity strives to achieve each day – giving credit where credit is due. She is a philanthropic mum who seizes any opportunity she can to fundraise for meaningful causes. Pip is a marketer with a Business Science Marketing (Hons) degree from the University of Cape Town and is now ADC’s Partnerships Manager, having previously run as ADC's Campaigns Manager for the past year up until May 2019.

Simone Glassom-Pick
Fundraising & Event Coordinator
​Simone is the founder of GR82BU which offers career and interview coaching. She believes that people should not be defined by their circumstance and is passionate about ensuring people see their value and achieve their goals. The sustainable way in which microfinance empowers people to forge their way out of poverty and achieve their dreams, made it a no-brainer to join ADC.

Simon Den Bak
Finance Manager
​​Simon is a Chartered Accountant working in the legal industry. Originally from the UK, he’s been living and working in New Zealand since 2013. He believes strongly in helping others when you can, but was particularly drawn to ADC as microfinance is sustainable and allows others to help themselves, empowering people and enabling them to create something lasting.

Ben Jefferson
Administrator
Ben joined ADC in 2017 in an administration-based role with a focus on keeping ADC’s systems organised, efficient and functional. Ben recently returned to New Zealand after six years living in the UK. He has previously worked in public policy and journalism but is currently studying law at Auckland University.

﻿James Powell
Volunteer
James joined ADC in mid-2015. He is driven by efficiency, resourcefulness and getting the most from what's at hand, so he particularly loves microfinance and the way it extends the concept of giving someone a fishing rod, not a fish. James is an aeronautical engineer, leading a team working on specialist equipment and helicopter upgrades.

Karla Dey
Volunteer
​Karla is a Product Development Engineer working in the medical device industry. While backpacking through Myanmar in 2014 Karla grew a strong affection for it's kind and generous people. She joined ADC after learning about their work at the end of 2018. Karla is excited by microfinance and the opportunity it provides for everyday people to have a large impact on lives and livelihoods, in a way that is both affordable and sustainable.

Jade Kwong
Volunteer
​Jade studied biomedical engineering and now works as an engineer, leading a team that designs and releases medical products to market. She joined ADC because she wanted to use her skills and energy to do some good and help women. "The concept of microdinance just makes sense to me - it's ability to help families financially, as well as empower individuals." Jade believes it takes baby steps to make a change and she want to contribute where she can.