Aye Htoo lives in Kalay, Myanmar. ADC Microfinance facilitated her first loan five years ago through ZMF, their partner microfinance institution. Since 2014, Aye has had a total of 6 loans and is proud as punch that she has never missed a payment!

​Before Aye had ever heard of ZMF and ADC Microfinance, she was selling small snacks door to door in her neighbourhood. Her friends told her about ZMF, and her life took on a whole new and exciting phase.

As Aye had experience selling snacks, she decided to use her first loan from ZMF to buy bananas and coconuts and to sell them in the local Tahan market. She also made snacks out of these ingredients such as sticky rice and coconut cakes, and sold them in her neighbourhood too.
The remainder of Aye’s first loan was used to support her family. Aye is the prime caregiver with eight other people living in her home, four of which are her grandchildren. The grandchildren attend both primary and high schools, and Aye covers the majority, if not all, of the fees for this.

Since taking out her first loan, Aye noticed her financial situation steadily improve which encouraged her to continue taking out loans through ZMF. She follows the same method as she did with her first loan, and has clearly realised an improvement in her and her family’s lifestyle over time. Some improvements include being able to provide more food and improved healthcare remedies for her family; she has also been able to pay for after and before (extra) school tuition for her four grandchildren which she is exceptionally grateful for. 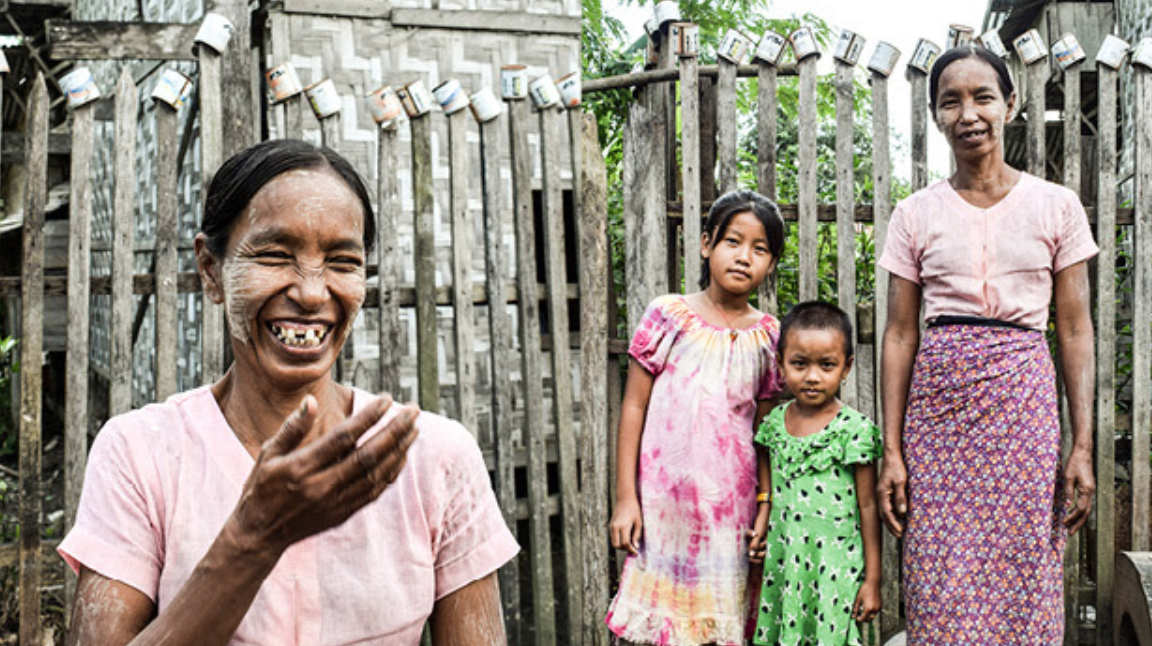 ​Aye wishes for her family to not struggle as much as she has in the future, and wants to witness her grandchildren attend university and graduate.
Another dream of Aye’s is to be able to renovate her house. Her house has been sinking since 2015 due to torrential flooding that year. At one point her house was almost fully submerged during the 2015 floods and she and her family had to find refuge in a nearby school for 20 days.
Taking out loans through ZMF ultimately mean that Aye is free from high interest rates from local loan sharks who demand between 10-20% interest rates. Through ZMF, she is only paying approximately 3% in interest and as such, gets to retain more of her profits.

Her advice to any budding entrepreneur is that “starting a business is difficult and hard work but well worth it.”

Aye Htoo is just one of the many ZMF clients that have improved their lifestyles thanks to the power of microfinance. Providing small loans to determined, ambitious entrepreneurs presents them with the capital to get their businesses off the ground, and empowers them to forge a new path for themselves – one up and out of poverty. Microfinance really is a catalyst for genuine change, one where people are taught to fish for themselves as opposed to receiving hand-outs that can quickly run dry.
​
ADC Microfinance prides itself on its 98% loan repayment rate through ZMF, and is all about giving credit where credit is due.